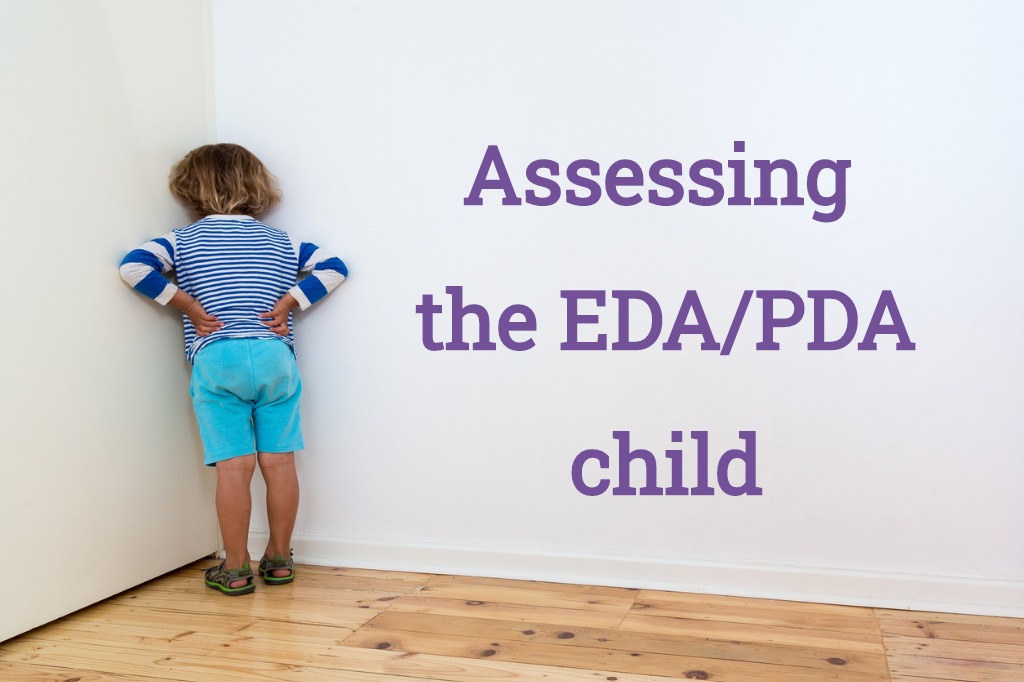 The latest article within this series hasn’t been written by Dr Judy Eaton, but instead by Kaylee Weaver, one of our very experienced Higher Assistant Psychologist.

Here, Kaylee shares her experience of the challenges we as a team face week in week out when assessing children with Extreme (also known as Pathological) Demand Avoidance.

Presenting demands to children with PDA/EDA is one of the biggest challenges I have had to face as an Assistant Psychologist. From attempting to engage these children in activities they enjoy, to attempting to administer psychometric assessments, I have never been given a free pass. Trying to maintain a child’s mental health, avoid a meltdown, and build a positive rapport, while simultaneously trying to encourage such children to ‘comply’ with necessary demands or complete required assessments often feels like an impossible balancing act.

As an Assistant Psychologist at Help for Psychology, I have received guidance from highly experienced clinicians in this area and have now worked with many individuals who present with extreme demand avoidance. In this time, I have developed a greater understanding of how to manage and work with anxiety driven, extreme demand avoidant children. Therefore, I would like to take the opportunity to share my experiences in the hope that it may provide some insight into this profile of Autism and may provide a few ideas around how to overcome some of the barriers professionals, teachers, and parents alike may face when engaging with children with this profile.

THE AVOIDANCE EXISTS – I’VE SEEN IT!

A natural reaction to demands for some children is avoidance. Over the past 18 months of observing children with PDA/EDA I have witnessed many avoidant behaviours. The power of some children’s avoidance tactics never ceases to surprise me, and all sense of pride or dignity are frequently lost as a child’s level of avoidance has resulted in me, yet again, administering assessments in tents, or under tables, or delivering assessments to toys or teddies, or children pretending to be superheroes or animals as they try to avoid any of my direct demands. I am always in awe at the ideas these children are able to come up with in order to avoid tasks; that mystery option number three that you never quite managed to think of yourself in enough time to strategically deliver a demand – and they have outsmarted you yet again!

The most obvious avoidance tactic, other than realising you are upside down hanging off a chair trying to administer a cognitive assessment, and asking a child if they know how trousers and shirts are similar, is the use of elaborate excuses: ‘I’m afraid that’s not how the world works’, ‘I can’t possibly; I’m Mr Platypus and platypus’ don’t talk’, ‘my nose is running so I can’t do it’, ‘I’m a bit tired now, maybe we should stop’, ‘this is boring’, ‘they aren’t allowed in here so I can’t until they leave’. Whilst such excuses can at times feel comical, it is important to remember they are being delivered by a child whose overwhelming anxiety is driving their need to be avoidant. Other avoidance tactics I have noticed include asking me repetitive questions to delay completing a task, or offering me lots of information relating to prescribed interests or previous experiences to an intense degree in an attempt to distract me or delay my delivery of tasks or activities.

These children have also on numerous occasions employed physical avoidance tactics such as presenting with a significant amount of impulsive behaviours, or physically removing themselves or assessment materials from the room in order to avoid me personally, or me using any potential equipment to complete an assessment. Some have attempted to direct my attention elsewhere, by pointing to objects or showing me items in an attempt to distract me, delay my delivery of a demand, or delay the completion of a task. At times, albeit, thankfully, less commonly, children have threatened me with physical violence, or responded with hostility and aggression, or threatened to inflict physical pain upon themselves in order to communicate that they have reached their peak of anxiety. This is usually their final avoidance strategy, having exhausted all of their avoidance resources, at which point the ‘mask’ usually falls and the extreme control is clear for all to see.

Control. Controlling me, controlling others, controlling their surroundings, controlling demands. Control is the best option available to a PDA/EDA child who is trying to manage their anxiety when faced with demands. For example, I have, on several occasions, relinquished my need to be an authoritative professional as an eight-year-old has informed me ‘you can stop talking now’ or ‘I will tell you the answer and you can tap the iPad yourself’, with a particular favourite of mine being ‘how about I deliver the assessment to you instead?!’

I have developed an endless list of strategic ways in which children with PDA/EDA have exerted their control over me personally (at times without me even realising that I have surrendered control). A couple of examples include; controlling the way in which I am allowed to deliver demands (with the door open, facing away from them, putting on a French accent, using a superhero figurine), or instructing me to complete certain activities/tasks of their choosing (such as writing cards to their family members, or drawing pictures for their peers) before they will contemplate following a demand or even ‘allowing’ me to deliver a demand.

Attempting to work around a demand avoidant child’s avoidance tactics is hard enough without realising that you are now being controlled and are having to actively accept that a child is attempting to control you, the adult. By reflecting on situations where PDA/EDA children have presented with a high level of control or avoidance, I have employed a variety of strategies that have proved useful when attempting to engage with them.

Remember the days when traditional behavioural strategies such as rewards, negative consequences or punishments in general were a popular tactic employed to address ‘misbehaviour’? In my experience, these methods are likely to significantly hinder the probability of a child with PDA/EDA demonstrating ‘model’ behaviour or following my demands – in fact, this approach has typically left children feeling angrier and more resentful, and myself feeling ultimately embarrassed and frustrated.

Broadly there are a series of strategies I employ in order to be able to successfully deliver a demand or an assessment:

Framing demands as a challenge. I have often framed a demand as a really challenging game with different levels that the child can progress through (it is important that they have the ability to achieve all the levels in this ‘challenge’) or as a challenging game played against myself or others where the child can compare their achievements (it is important that the child always ‘wins’).

Framing demands as a race. I have often pitched demands as a race against someone else, again with the opportunity for the child to demonstrate their ability to achieve and win. This strategy is always amusing to employ as it is quick paced and before the child has even realised, they have complied with a demand and completed a necessary task.

Using inadvertent discovery. I have found that placing objects or materials near to the child is useful in seeing whether such objects can independently spark a child’s interest. I have noticed that if interest is sparked naturally, the child openly allows me to deliver the demand as it no longer feels like a demand but a way for the child to perhaps develop a skill or increase their knowledge.

My overwhelming feeling when interacting with children with PDA/EDA is incompetence. However, using this feeling of incompetence and purposefully acting incompetent with extreme exaggeration and dramatization has proved useful when working with these children. I have found that this approach allows the child to feel victorious in comparison to myself, generates humour, encourages engagement, and subsequently results in compliance. ‘Pretending’ to direct demands to others in this room, objects/toys, or indeed myself, has also proved successful.

On many occasions I have found myself saying ‘well maybe Spiderman knows the answer to this question?’ or ‘I think it’s Teddy’s turn to do this job’ or ‘I’ve got so many jobs to do, my manager is not going to be particularly impressed with me if I don’t finish them’. By moving the focus of the demand onto someone else it alleviates some of the pressure on the child to comply, and also allows the child’s confidence to remain intact if indeed they aren’t sure of how to complete the task.

One of the most important techniques I have employed when working with children with PDA/EDA is simply spending time with them. Engaging in conversations regarding their preoccupations or special interests, engaging in activities they enjoy, and taking time to build a rapport. This communicates to the child that I am willing to enter their world and am genuinely interested in their experiences. I have found this approach useful in developing engagement and trust following which children have been more open to following my demands. This approach also delays the delivery of any demands and helps the child to feel as if they themselves have successfully avoided demands and sufficiently delayed their delivery, after which they feel as if they have regained some control.  As such they may subsequently actively choose to comply with any further demands with a sense of accomplishment at having delayed them for as long as possible.

It is also helpful, where possible, to  relinquish some control to the child and allow the child to choose what demands will be followed, in what order, with who present etc.  This has proved extremely valuable in avoiding meltdowns and promoting compliance.

Remember you are only human and working with children with PDA/EDA is HARD.

Strong emotions are often triggered and I have found self-reflection to be a valuable tool to employ when attempting to manage my own emotional responses to PDA/EDA children’s behavioural presentations.

For instance, when a demand avoidant child is displaying avoidance tactics or controlling behaviour I try to think of similar situations I have experienced personally – when I have felt extremely anxious and have been presented with a situation which I believe might threaten my safety, or when I have been resistant or defiant  because I have been asked to do something that frightens me.  By recalling how I felt during these times, I have been better able to empathise with how these children might be feeling when they are faced with any demands and are employing strategies to avoid or control. I have found that feelings of frustration and anger easily arise and cloud my ability to empathise with these children who are clearly in distress and I have had to actively encourage myself to try and understand each child’s unique emotional experiences during these situations. By recognising my own emotional responses, I have been able to successfully maintain my own mental well-being and have therefore been able to employ a more empathetic, positive, flexible, informal approach when working.

This has allowed me to, on several occasions, maintain a child’s mental health, avoid a meltdown, and build a positive rapport, while simultaneously managing to complete required assessments. 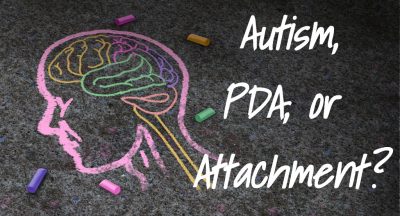 In the course of my clinical work, I meet with many parents who are seeking an... 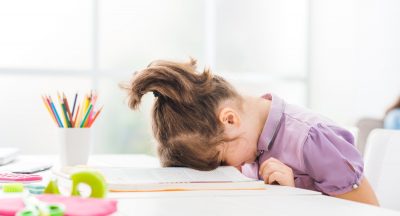 Back to school for children with PDA…four years on

This blog is another ‘four years on update’ to a previous blog, as I have... 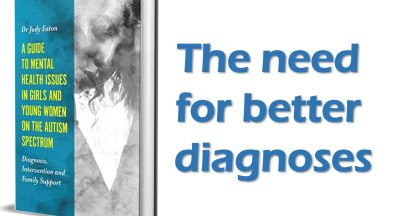 The need for better diagnoses

Adult diagnosis, mis-diagnosis, and experience of parenting for autistic women... 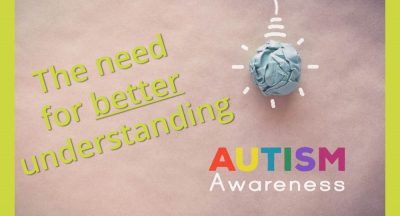